After the internationally acclaimed release Dream Keeper, Portuguese guitarist and composer André Fernandes returns with his new project Centauri, which features two of the most talented upcoming Portuguese saxophonists, José Pedro Coelho and João Mortágua, and with Francisco Brito and João Pereira one of the most exciting young rhythms sections in Portugal.

The brand new album Draco is heavily influenced by stellar themes and galaxies – the name of the group refers to Alpha Centauri, the closest star system to the Solar System and Draco is a constellation, that illuminates our sky with thousands of years of delay. It´s imagination, spirituality and science – like music.

The music Fernandes wrote for the band Centauri is stripped of constraints. It blends the planned with instinct, sweetness with randomness, and it doesn´t answer to questions that want to lock it with made up words whose purpose is to make us feel knowledgeable of it´s nature. Like the universe, in all it´s unknown splendour, but that moves us everyday and makes us believe in magic that on day will become knowledge. 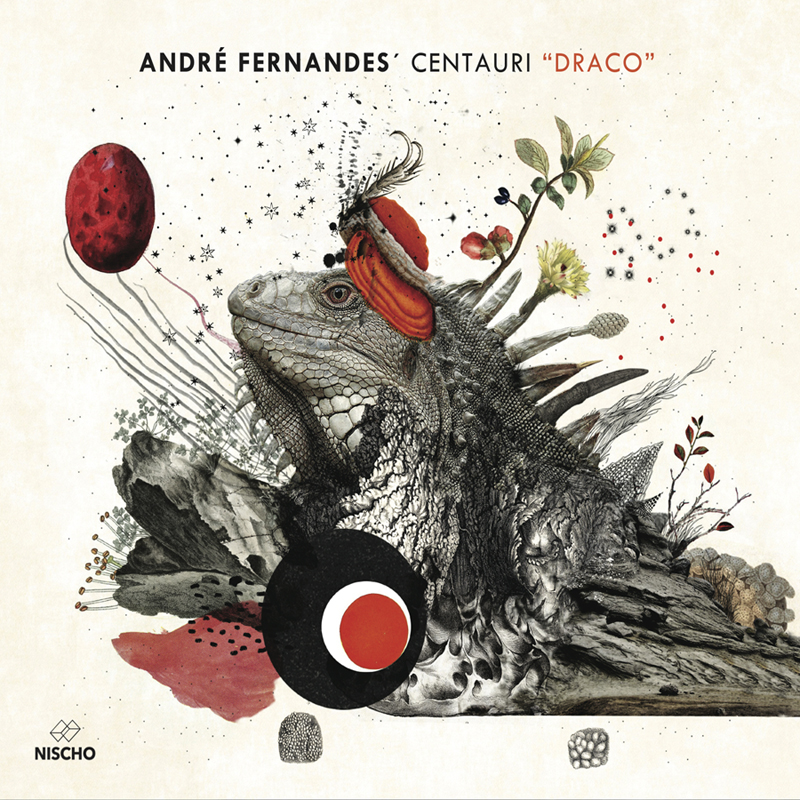 “I always look forward to hearing what Andre is doing. He’s a great guitarist and composer. I have also had the pleasure of playing with Andre many times and that has always been a blast.” – DAVID BINNEY

“Born in Lisbon in 1976, guitarist André Fernandes is becoming a significant international player in jazz…Undoubtedly, the colourful arrangements, imaginative instrumentation and consummate execution of these seven compositions all contribute to the strength of this excellent and well-balanced album.” – ALL ABOUT JAZZ (UK)

“One the most galvanizing portuguese jazz musicians surprises us again with a record that is a true stone in the pond here or anywhere else in the world…Fernandes is proof that for there to be good jazz, it takes more than technical skills within the language: you have to imprint personality into the music.” – JAZZ.PT